One year ago today Tom and I declared our personal Independence Day, cast off the dock lines and headed out to cruise aboard Sunshine, our 32 foot Freedom.

Since that day we’ve sailed to every state on the east coast of the U.S. I can’t really say we’ve sailed the entire coast, because northern Maine scared us away with fog, and the tip of Florida and the Keys eluded us on our recent jaunt south.We only made it as far as Fort Lauderdale. 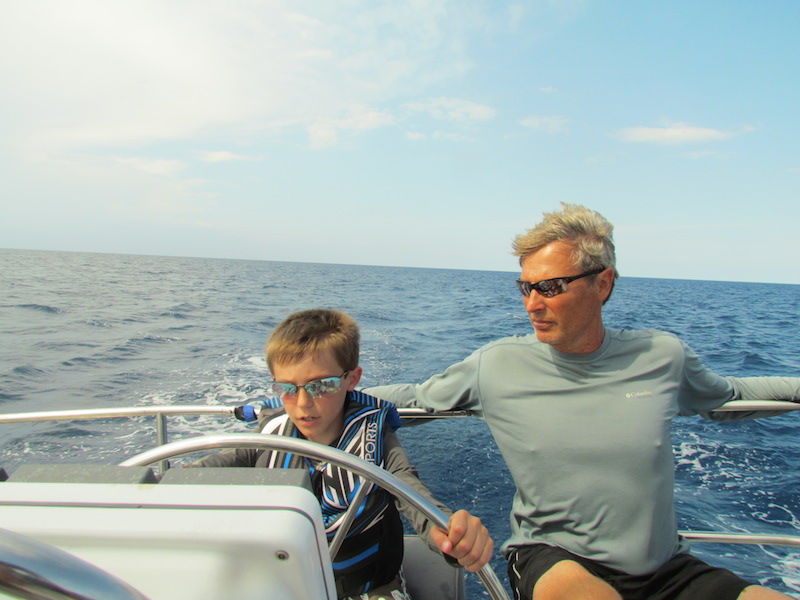 Still, we feel like we’ve accomplished quite a feat. Though many cruisers have gone farther than we in a year, not so many do the trip while also working, and doing major work on their boats. And even fewer sail from New England in the middle of winter.

Though sometimes it’s seemed we were completely becalmed, moving too slowly, or not getting anything done, we’ve actually crammed a lot into these 365 days. We’ve covered something like 2,000 miles (at 7 miles per hour) bought lobster straight off the boat in Maine, sailed with ice coated decks and frozen toes off the coast of New Jersey, rebuilt our cabin top, swam with a gator, watched a manta ray the size of a Subaru jump out of the water just off our bow, grounded our boat, took our grandsons for their first sail and showed them flying fish, found our way in fog and darkness, threw out an anchor in 60 mph winds and ran below, hoping the anchor would catch and the lightning wouldn’t strike, and watched the Superbowl and the World Cup along the way. It’s been a full year, without too many episodes of fireworks. 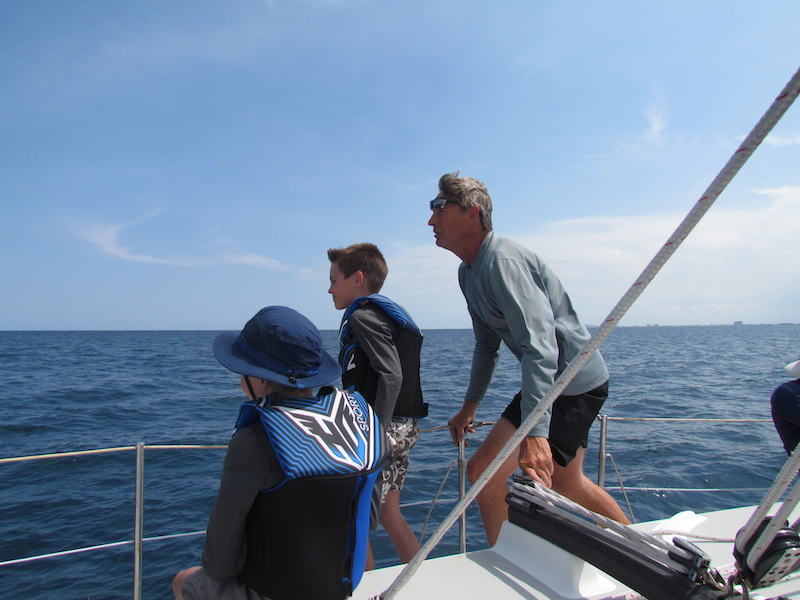 And up until a week ago, we were still doing the whole thing backwards – too far north in the winter, too far south in the summer – while everyone else was going the opposite direction. This July 4th marks us turning over a new leaf, at least for the coming year. We’re staying put in South Carolina for the summer, then in the fall, plan to join the cruising crowd, heading to the Bahamas. Or the Keys. Or the Gulf. The fine points are still up the the air, but we’ll go somewhere south and try a winter of sailing in sunshine instead of snow.

Hope your year has been full of independent adventure too and that the one that starts today is even better.

5 thoughts on “So Far, this Independence Thing is Working”