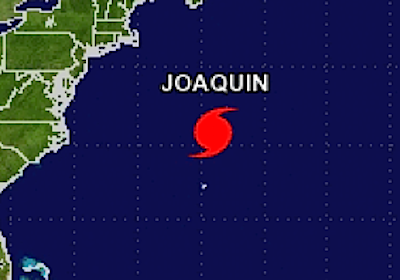 Wet Machinery Sloshing Through the Carolinas

An extremely strong conveyor belt of moisture will stream into the Carolinas over the next several days, aided by moisture from Hurricane Joaquin as it turns to the north in the Atlantic Ocean. While the higher elevations of South Carolina will experience the most rain, upwards of 18 inches of rainfall will fall on parts of the Carolinas. This could create an historic flooding event that NOAA is calling a 1 in 1000 year event. Residents are urged to take precautions to protect life and property.

A conveyor belt of moisture. An extremely strong one no less. Just try to picture that. Like the one that shuttles your groceries from your cart toward the checker. Only it’s made of really strong water. Yep, that’s what the crew of Sunshine faced as Hurricane Joaquin made his way up the coast.

In my less creative moments I wish that an English major would fiddle with some of the mixed metaphors that come out of weather forecasters, but then I snap out of it and long instead to pinch their pale, geeky cheeks and say “never change.”

Being from the Northwest, I’m no stranger to wet, and a week of rain is not something I get excited about. But this particular conveyor belt was being “aided“ by Hurricane Joaquin. And hurricanes are an entirely different of kettle of chickens.

During hurricane season, people who live on boats in the Southern US flock to the internet at three hour intervals to pull up the homepage of the National Hurricane Center. I know this, because I do it too. Between times, we all meet on the dock to talk about the latest advisory.

I really enjoy reading the hurricane reports. I especially like the Discussion page, where the hurricane reporter explains the data to other hurricane experts. I’m even getting to think I understand some of the techie terminology about agreement between the various forecast models. And, I’ve become more curious about why hurricanes do what they do. For a while there I thought I’d figured out that they always went north. And then Joaquin danced around first to the south, then east, before heading west and then finally north.

Anyway, after some early talk about potential landfall here in the Carolinas, the trend went away from any trouble in the southeast, and then Hurricane Joaquin veered east and missed the US coast entirely. Which was too bad for Bermuda.

The forecast models continue to indicate a track farther away from the United States east coast and the threat of direct impacts from Joaquin in the Carolinas and mid-Atlantic states appears to be decreasing. However, the threat of impacts in Bermuda has increased and a Tropical Storm or Hurricane Watch could be required for that island on Friday. NHC Discussion

Hurricane watching isn’t limited to the south coast. Our friends Jesse and Stacey, newly minted cruisers just leaving New England, were in Sandy Hook, New Jersey ready to head down the Jersey coast when Joaquin popped up. Now, along with everyone else in New Jersey, they’re hunkered down breathing a huge sigh of relief.

Tom grew up in New Orleans, lived through a couple of hurricanes and has lots of great stories. I grew up in the benign Northwest, where nothing ever happens but earthquakes … and volcanoes … and deadly mudslides … and eternal forest fires. So I secretly harbor the romantic desire to experience a hurricane.

We were in Boston during Hurricane Sandy and got blown about a bit, but I was sorely disappointed that gender neutral storm hit so far south. Now every time a new storm develops I want it to come … near here. I actually get a little giddy imagining what it would be like to experience the eerie silence of the eye.

Due to experiences with a few squalls, I know I’m a goofball to wish for this, and that I’d be scared &*^less should I face the real thing.

But located as we are in a nice little tucked in bight next to Georgia, that’s not likely to happen. It’s been 100 years since a hurricane hit here. If this were earthquakes we were talking about everyone would say we’re overdue. But this is storms, they don’t follow the same kind of geologic patterns.

Warm as it is here, raincoats are a necessary nuisance that we take to only when it’s really raining hard. You end up as wet inside the coat as outside. Boots, meanwhile, are only for the fashion conscious, who don’t get near the water anyway. To get any job done around the docks, the proper footwear is still flip flops.

All the rain, coupled with extremely high tides, has led to some flooding. It’s not too bad here. But to get from Sunshine to the nearly shop I’m building a website for, I try to time my trip. When I get the tide wrong, I flip off my flops and wade across.

UPDATE: Hurricane Joaquin is a Fire Hose and an Atmospheric River! 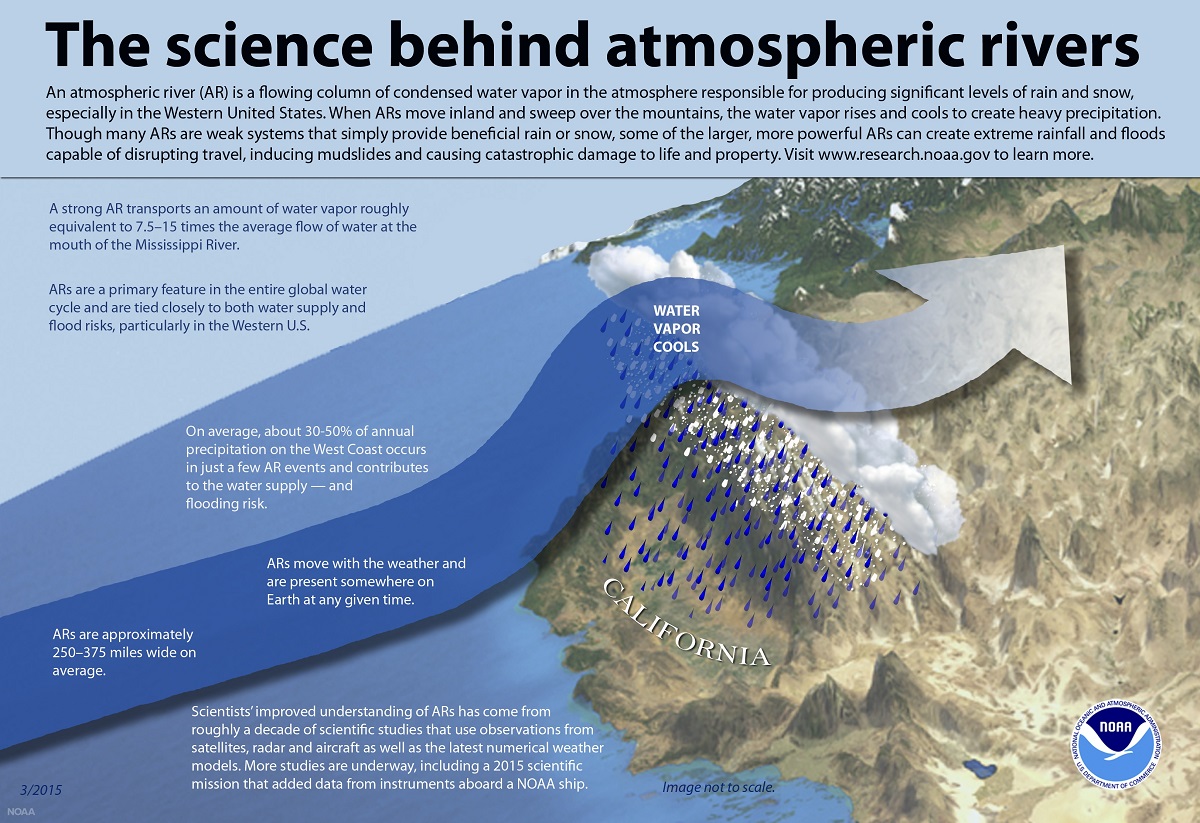 There is pleasure in the pathless woods, there is rapture in the lonely shore, there is society where none intrudes, by the deep sea, and music in its roar; I love not Man the less, but Nature more.

Tidal Life is a participant in the Amazon Services LLC Associates Program, an affiliate advertising program designed to provide a means for sites to earn advertising fees by advertising and linking to amazon.com.