Looks like we’ve survived the winter. Here’s the surest and most welcome sign that spring is here – running water at the dock! 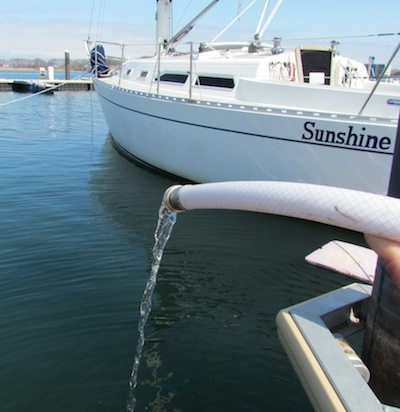 I’m not sure I mentioned here that, because the pipes run under the docks in an unheated area, they’d freeze during the winter if the water was left on, so we’ve had to haul water in gallon jugs. It’s been good physical exercise and a good exercise in conservation.

Now spring is teasing us. These days, when the thermometer says 40 degrees – a temperature that until recently felt quite warm – we now feel cold. Still, we’re spending a lot of our time outside.

The weather is far from stable though, earlier this week we had a 72 degree day and today it’s not going to get above 42. There are still mounds of melting snow in some parking lots. And we’ve heard rumors of snow storms on Mother’s Day.

Here are some waterfront scenes to illustrate that at least some of us think the hardest part of winter is over. 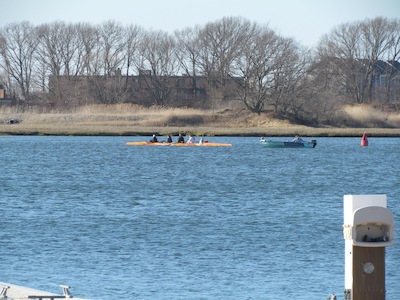 Rowers from the nearby yacht club train out in front of the marina most afternoons. 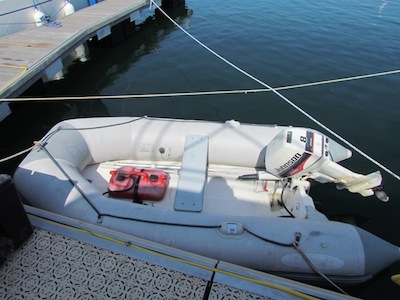 After residing upside down on the dock for months, our dink is now in the water, with new oarlocks and outboard in place. A few nights ago we took a quick run down the river and out into the bay. Returned to the scene of the crime – where mechanical problems tainted our initial voyage. 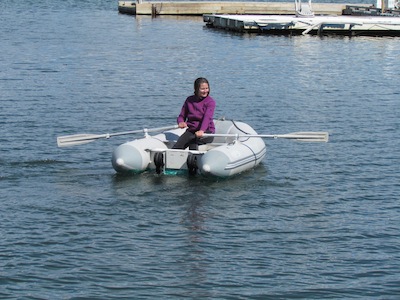 Before the engine was on the dinghy I started rowing. It’s time to get strong for sail handling. 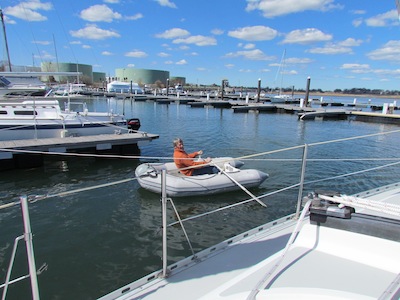 Tom returning from his first row. When coming back to dock you have to do the limbo under the lines we’ve strung to the opposite pier. They’re one winter storm prep item that we’re leaving in place until someone moves in beside us. There will be spring storms. 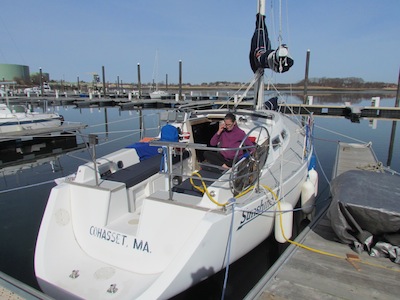 It’s warm enough most days to spend at least some time in the cockpit without bundling in blankets. I’ve been editing a book and a website from this office. Anybody jealous of my work environment? 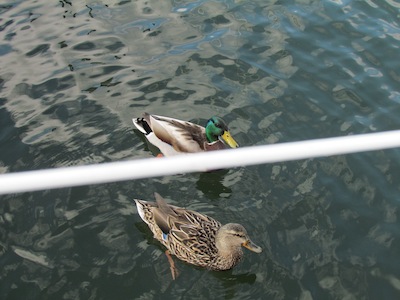 Neighborly mallards come by every morning for treats. We fed them bread for a while, but too much bread isn’t all that good for us so I wondered if it was all that good for them. I researched a better duck diet and since have been feeding them oatmeal and thawed frozen peas and corn. I made a floating feeder out of our no longer needed foam hatch insulation.

The yacht club has put all its docks back in place and turned on the electricity. The first boats came into dock this week. Photo by Tom Bartlett. 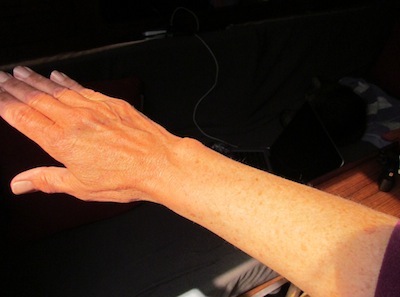 Check out my writer’s tan. Like a farmer’s tan, except when writing I don’t work up enough of a sweat to want to take off my fleece jacket. So only my hands and face are getting brown.

I’ve got one last, and perhaps most definitive, bit of evidence that spring is here. Unfortunately it was impossible to photograph. The other evening Tito was sitting out on the dock enjoying the late sun and suddenly started jumping around, running one way, then running the other, pouncing and swatting. I was startled for a moment, then I heard the chirps. She was chasing a cricket.