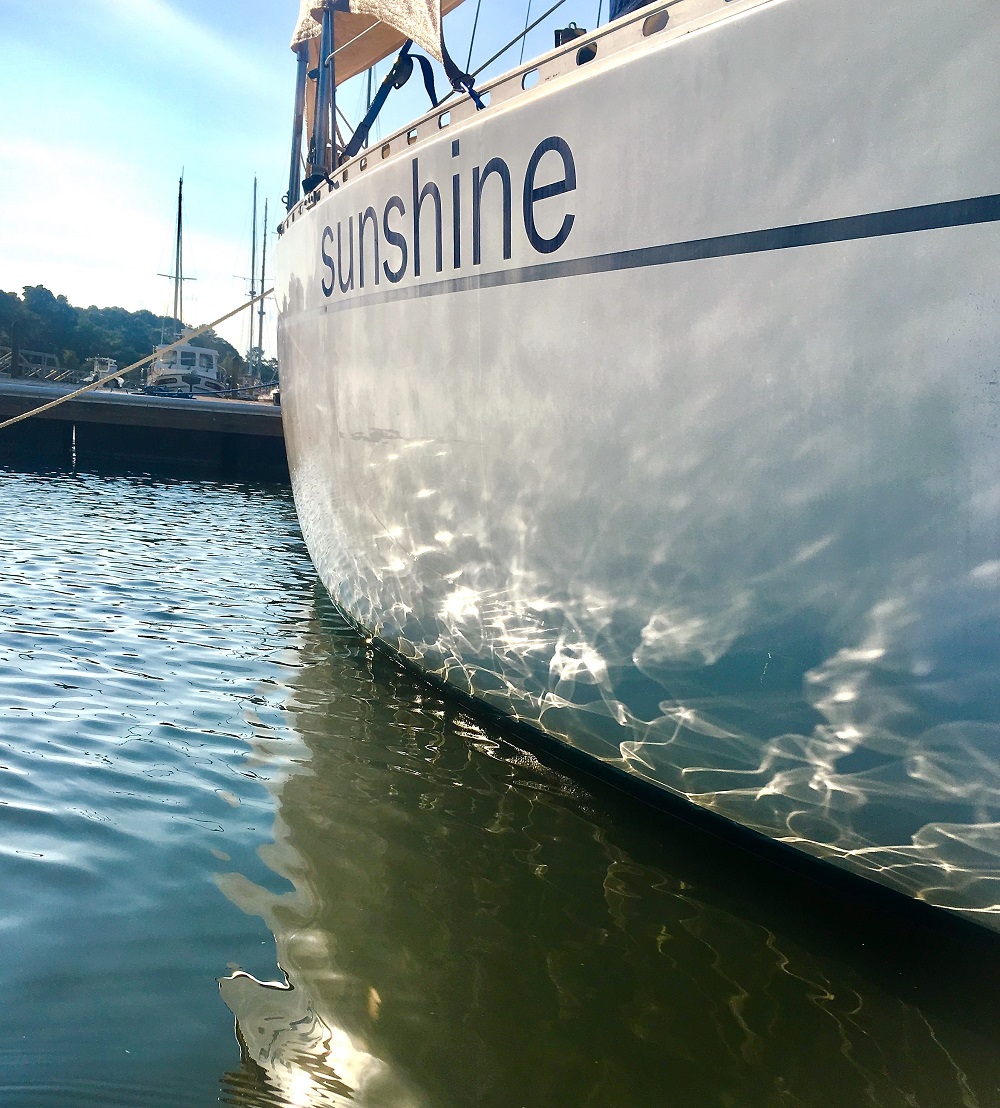 Sunshine is a Freedom 30/32, built in 1986 by Tillotson Pearson in Portsmouth, Rhode Island and is hull number eight of the Freedom 30 line. TPI as the company is now called, turned out to be very good at building in fiberglass and carbon fiber, and went on to be a leader in the field of wind energy.

A few years later, the original owner took Sunshine back to the yard to have a sugar scoop transom extension added, making her 32 feet long. This amazing addition became standard for both the 30 and the 36, creating two new boats in the Freedom lineup, the 32 and the 38.

Our Ship Comes In

We bought Sunshine in 2012 from the owner’s estate. She’d been languishing at the back of the boatyard for a few years and was in rough shape. We worked full time for four months to get her ready to go in the water again. You’ll find many of those projects detailed in the pages of Tidal Life. We splashed her December 5, 2012, a crazy time to launch a boat in Boston. We’ve been doing things backwards ever since. Several of those adventures are chronicled here as well.

Unique in Any Marina

The Freedom line is designed around the concept of unstayed, freestanding masts. The boats have no rigging other than the halyards required to haul sails aloft, making them very different from the standard sailing vessel. The rig makes Sunshine very easy to sail and less expensive to maintain. It also makes her stand out. We’re often asked about our lack of shrouds. “What’s wrong with your rig?” Is a common question. People are either baffled or terrorized by the idea of a 50 foot pole standing up with no support. Our favorite exchange was between 10 year old Sailor, who wanted to know how we kept our mast upright and Jason, who’s very familiar with Freedoms from his work with Paul Dennis at Warren River Boatworks. He told her we kept Freedom Fairies aboard.

Past, Present and Future is Sunny

The three of us have been through a lot together. Sunshine has been our home and our principal mode of travel for eight years, through everything from celebrations to blizzards and hurricanes, and will be for the foreseeable future. We love her.