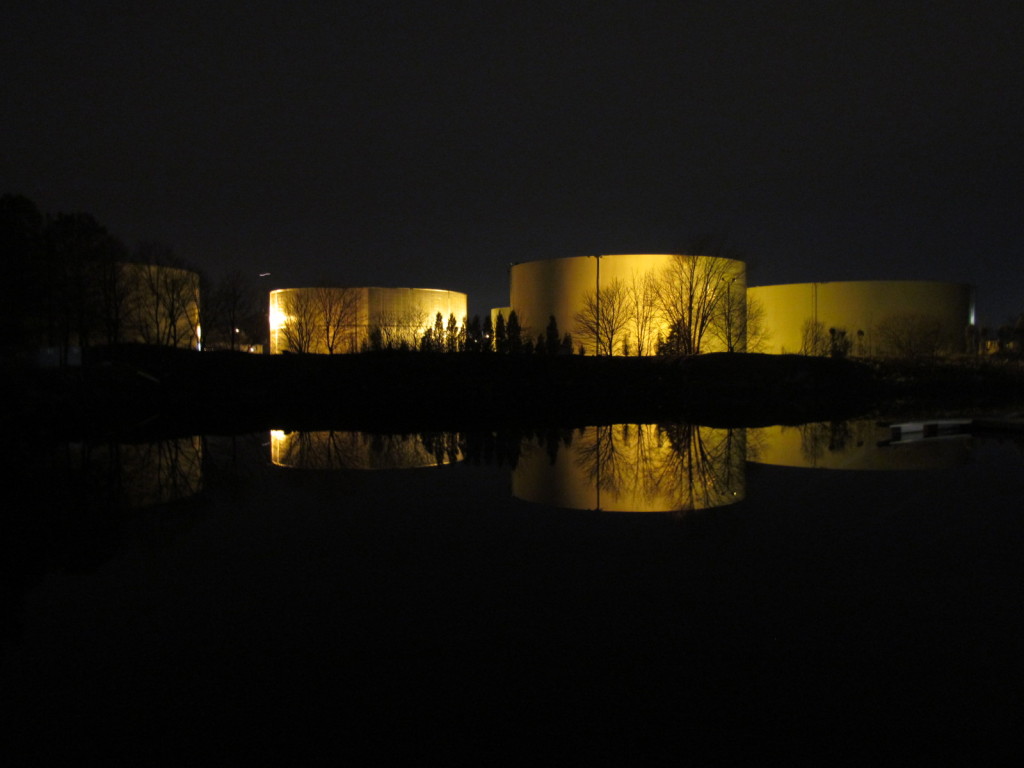 Far from family on our first Christmas Eve aboard, I felt unanchored and wanted to take part in some bit of tradition. But of course we needed to complete a project on the boat. We had all the parts except one and decided to use our West Marine reward certificates to pay for it, so I printed them out and we took a little trip to our local store.

What I really wanted to to do was take the train into Boston and walk around looking at historic sites and waiting for the snow that was forecast to start falling. But first we had to get this job done. As the day waned and the work continued I got more and more frustrated and pouty. The train would be on a limited, holiday schedule so this had to be an early excursion. At about 4:30 I gave up and started dinner, but I hadn’t given up entirely on something special for Christmas Eve. So after we’d cleaned up and eaten I insisted on an outing at least to the local area. We drove to quaint downtown Hingham and walked around a bit looking at lights. I took videos and pictures.

Then we drove to Cohasset where I got a few more pictures, then back to Quincy center. Everyone was snug in their Christmas houses. And there was still no snow.

Back at the marina, we got a huge surprise. The most beautiful scene we’d found all evening was the neighboring tank farm. The tanks were lit with a golden glow and reflected in still water with silhouettes of trees splashed across their centers. They looked like a display of huge candles on a giant’s Christmas mantlepiece. And the church bells were ringing behind them. The most Christmasy scene I could want was made out of industrial parts and parked right at our front door. Listen carefully for the bells.

6 thoughts on “Christmas Eve Is Where You Find It”