Quick! Get as much Vitamin D as you can while the sunshine lasts!

That seems to be the driving need for everyone on Whidbey this week. Including me. I’ve headed for a beach every chance I got.

This seagull at the Coupeville Pier posed for the longest time with a big clam in his beak. Trying to emulate my friend Dan Pedersen, author of Whidbey Island’s Special Places and the people who love them who routinely gets kick-ass shots of birds, I carefully set down my bags and took out my camera. As soon as my finger hit the button he turned his head and lifted off. 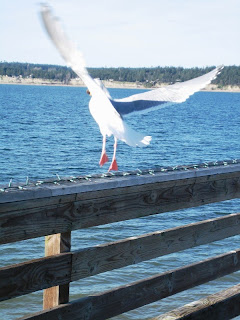 A sunbathing otter proved more amenable to having his picture taken, rolling over and indulging in a long leisurely scratching session. 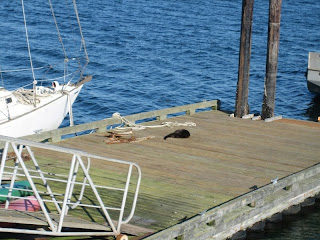 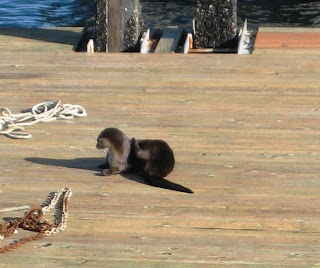 Being in Coupeville on such a day I had to swing by Ebey’s Landing for a hike. The fields are newly plowed, another sign that we might have some more of this great weather in the not to distant future. 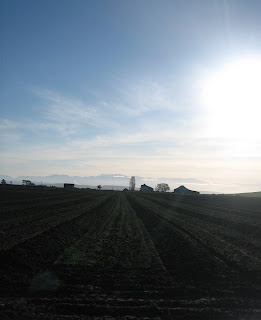 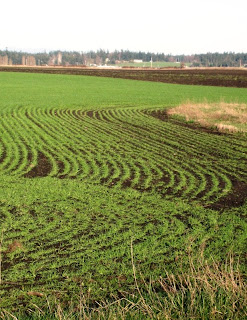 No buds yet on the wild roses that line the road at the Ferry House.

The historic Ferry House, built c. 1858, was a place where early travelers to the island, arriving by boat, could get lodging, food, postal services, supplies, and overland transportation to Penn Cove, where they could continue their journey by ship. The NPS is working on restoring the Ferry House to preserve it for future generations.
From the National Park Service FAQ about Ebey’s Landing. 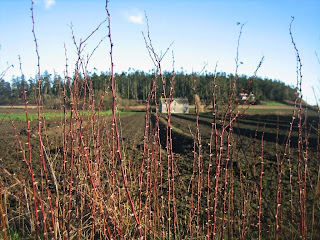 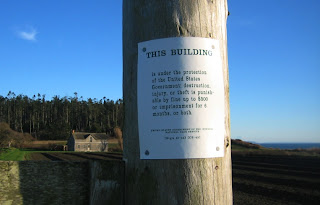 This is my kind of corner … the promise of what lies around the bend. 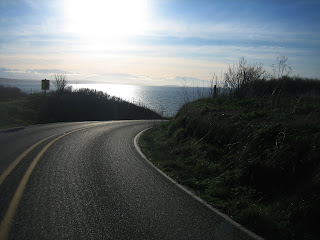 Ebey’s Landing. Not surprisingly the beach and the bluff trail were in high demand. 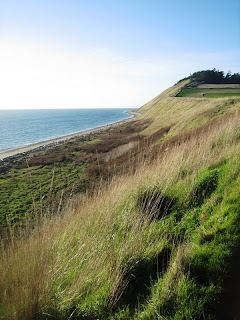 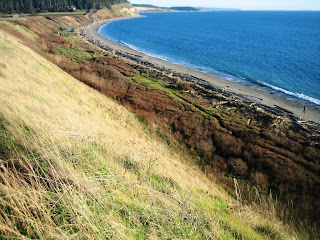 On the way up it was all zipped jackets, fur hats and woolly gloves, but they didn’t last long as the trail steepened. On the way back down jackets were slung around waists and no hats were to be seen. 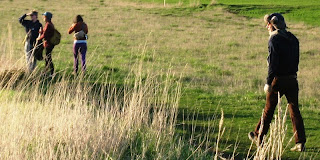 This young lady even lost her shoes. 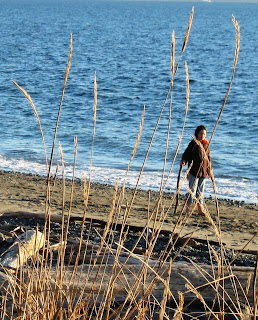 Freeland Park was also getting it’s share of sun seekers from dog walkers to rowers. This crew appeared to be taking a lesson. They worked first on getting all the port side oars pulling at the same time and then on the starboard. Made for a rather circular voyage, but who cares? It’s spring! (At least for now.) 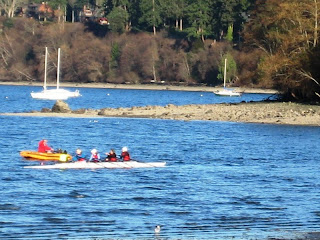 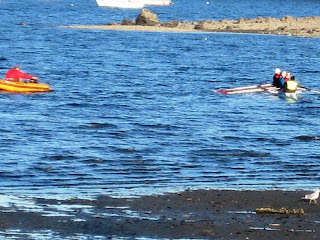 0 thoughts on “Enjoying the sunshine at Whidbey Island hot spots”